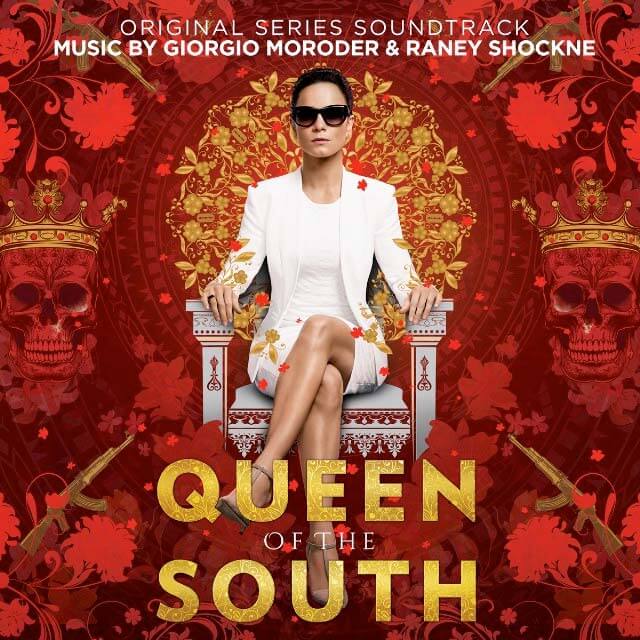 USA’s stylish drama Queen of the South just returned for its third season and one of the things that fuels the series is the glossy, throbbing electro-noir score by Giorgio Moroder and Raney Shockne. Moroder is playing to his strengths and working in the classic style of his Midnight Express and Cat People scores, which works perfectly with the series’ story of Teresa Mendoza’s (Alice Braga) rise from hunted prey to drug lord. Says showrunner Natalie Chaidez, “If cocaine was music, it would be the driving, adrenaline fueled score,” calling it “the perfect accompaniment to our epic tale of survival, ambition and power in the cartel world.”

Collecting the best moments of the score so far, Queen of the South — Original Series Soundtrack will be out digitally on July 13 via Lakeshore Records, with a vinyl version due later this year. We’ve got the premiere of “The Lifestyle” which is very much in the Midnight Express galaxy. Stream it below.